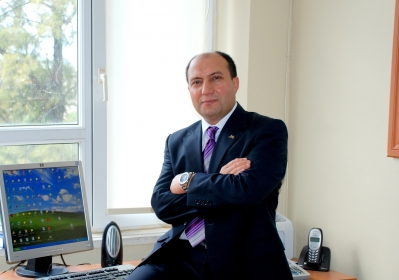 Consultancy and Professional Service: I was heavily involved in consulting work and other forms of professional service for the past ten years. I have provided expertise to various international companies, organizations, NGOs, chambers of commerce, and government bodies. I developed 10 grant scheme projects with budgets exceeding €1 million, co-financed by the European Union and the Republic of Turkey. On these projects, which were successfully implemented, I served as coordinator, consultant, partner, and trainer in cooperation with various local governments, chambers of commerce, as well as members of industry. Furthermore, I have worked as a consultant, researcher, project coordinator and key expert on various international technical assistance and national projects, sponsored by the European Union, Plan Blue/MAP/UNEP, and the Scientific and Technological Council of Turkey, among others. Results of these projects have been reported in various technical reports, proposals, and white papers. Two of these projects have received national awards by the Turkish Association of Tourism Investment.

Research: I have been awarded government research grants from the Regional Development Agencies, Scientific and Technological Council of Turkey and Higher Education Board of Turkey. I was a Fulbright Scholar and Visitor Professor at the University of Northern Iowa and a Leverhulme Fellow at The International Centre for Tourism and Hospitality Research at Bournemouth University. My peer-reviewed journal articles have appeared in top tier international journals. In addition, I have a number of book chapters and numerous articles in conference proceedings. I have been invited to serve as a consultant on a number of tourism projects and have written international technical reports for the United Nations Environment Program (Plan Blue). My publications have received 3,951 citations as per the Social Science Index and 3,182 citations as per the Google Scholar Citation Index.

Teaching: I have more than 20 years of international teaching experience in tourism and hospitality management at both the undergraduate and graduate levels. I have taught courses in Tourism Promotion (Northern Iowa University, USA), Tourism Impacts (Bournemouth University, UK) as well as numerous other tourism and hospitality courses (Bilkent and Gazi Universities, Turkey). I have supervised many undergraduate and graduate students at both the Master’s and Doctoral levels, and have worked with students with a wide range of ethnic and cultural backgrounds. I have been invited by the European Union Foreign Affairs General Directorate, Arizona State University (US), Strathclyde University (UK), London Metropolitan University (UK), Tsuru University (Japan), and Gümüşhane and Erzincan Universities (Turkey) to give talks on a wide variety of topics, including sustainable tourism development, impacts of climate change on tourism, community participation in the tourism development process, and impacts of tourism.

Administrative Service: I served as the Founding Director for the School of Tourism and Hospitality Management, at Mustafa Kemal University for over 7 years. In this capacity, I established three departments: Tourism Management, Travel Management, and Animation Management. In my role, I also established undergraduate and two post graduate programs (MSc; PhD), increasing enrollments to over 1,000 students. I have held other administrative roles such as Department Head for over 15 years and have engaged in other forms of institutional service, such as promotion and tenure committees since 2007.

Education: After attending the Vocational High School of Hotel and Tourism (Tekirdağ, Turkey), I completed my undergraduate studies at the School of Tourism and Hospitality Management, Faculty of Economics and Administrative Sciences, Çukurova University (Turkey), graduating at the top of my class. During my primary and university education, I gained a great deal of industry experience by working in the tourism and hospitality sector in various roles (, restaurant manager, reception clerk, hotel manager, bellboy). In 1992, I obtained my Master’s degree in tourism and hospitality management from the Institute of Social Science at Erciyes University (Turkey). Funded by a competitive government scholarship from the Turkish Higher Education Board, I earned my Master’s and Doctoral degrees at the Scottish Hotel School, Business Faculty, Strathclyde University (Glasgow, UK) in 1996 and 1998, respectively.