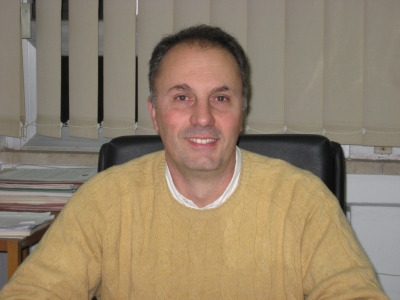 - Full professor of Hydraulics at University of Palermo

Tullio Tucciarelli was born in Palermo, in July 1958. He got a master degree in Hydraulic Engineering at the University of Palermo in March 1922 and a second master degree in Geological Sciences in June 1986 at the same ; In December 1986 he got the position of “Researcher” of Hydraulic Engineering at the University of Reggio Calabria. In the same year, he won two scholarships for a one-year support to carry on studies and research in a foreign country: the Fulbright scholarship, for 50 Italian students, and the Rotary Foundation Scholarship, for 4 students of Sicily or Malta island.

Accepted at the Water Resources program of the Princeton University, he moved in the United States from August 1987 to June 1989. From 1989 to 1992 he has been returning each summer in the as visiting student at the University of Vermont under the supervision of Prof. George Pinder. He finally received the Philosophy Doctor Degree in January 1994.

In 1992 he got the position of Associate Professor of Hydraulics at the University of Reggio Calabria. In November 1st, 2001, he moved to the University of Palermo, where he has been in charge of the course of Fluid Mechanics for Mechanical Engineers up to 2012/2013 academic year and where at present he gives the master course of Hydrodynamics for Civil Engineers. In December 2003 he got the position of full professor of Hydraulics at the University of Palermo. From 2004 to 2007 he has been Coordinator of the Doctorate courses in Hydraulic and Environmental Engineer and in the 2004-2005 academic year he has been secretary of the Engineering Faculty. From March 2011 to December 2013 he has been  coordinator of the master degree in Civil and Structural Engineer. He has been tutor of 10 doctorate students and four post-doc students.

He has been also scientific coordinator of an European INTERREG project, of a four-years research project funded by the Calabria Region administration to the Mechanics and Material Department of the Reggio Calabria University, of a one-year research project funded by the "Banco di Sicilia" bank to the Hydraulic Engineer Department of the Palermo University.

Prof. Tucciarelli has been affiliated in 1/2/2009 to  the CNR-IRPI (National Institute for Hydrogeological Protection) of Perugia (Italy) by its Director. With the same Institute a research agreement for the analysis of hydrometric data along the Tiber river has been signed. He has been also scientific coordinator along year 2010 of a research agreement between University of Calabria and University of Palermo, named “Indirect peak flow estimation in natural rivers for discharge estimation along the Crati river”.

Prof. Tucciarelli has been consulting for ESA (Agency for agriculture development in Sicily), for the Sicilian Regional Administration, for the University of Palermo and for the University of Reggio Calabria in the field of flood numerical ; He is incorporator of a Spin-Off Company named Wecons, aimed to the design of innovative micro-turbine systems.

The initial research topics of Prof. Tucciarelli have been numerical modeling of groundwater quantity and quality flow, pipe network and groundwater model calibration, shallow water modeling according to different simplifications. He is also author of several papers and codes in the field of dual urban drainage modeling, of 1D and 2D shallow water modeling, of indirect discharge estimation in rivers by means of unsteady-state water level analysis. More recently he carried on numerical and experimental studies on the design of Cross-flow turbines, as well as on the discharge regulation by means of hydraulic or electronic devices. He has also constructed a laboratory test system for micro-turbine analysis, in the range of 0-15 KW. He has a scientific production of more than 110 papers, among them 49 on ISI journal with high impact factor among hydraulic journals. In 2013 he has been evaluated positively for the role of examiner in the public commission for the habilitation for associate and full professor in the Italian University, in the field of Hydraulics and Hydraulic ; He is author of three national patents and reviewer of several journals: Advances in Water Resources, Journal of Hydrology, Water Resources Research and others.