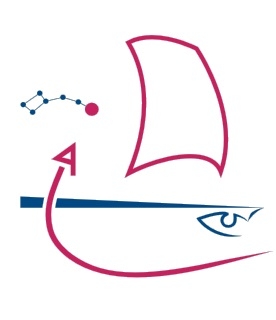 La Rotta dei Fenici is a no profit Association established in 2004 as the guarantor of the European Cultural Route "The Phoenicians’ Route". The aim is to manage relations with International, European, National and Regional institutions interested in joining the International Confederation, and, in particular, with the Council of Europe by the European Institute of Cultural Routes, Secretary of the Elarged Partial Agreement on the Cultural Routes. The Association is the reference organization of the Route and it aims to regulate and promote, support the activities of the members in order to highlight from a scientific point of view, destined to be made available to tourists and visitors, the historical relationships between the Mediterranean sites created by the Phoenicians and other contemporary peoples. Other objectives are to improve the use of the territories involved and the optimization of tourism services, to work for greater protection and knowledge of the culture and history of the ancient Mediterranean civilizations and to promote Mediterranean interculturality and initiatives that can contribute to building a common European and Mediterranean identity. Since 2016, the Route has been object of interest of the World Tourism Organization through the establishment of a dedicated Core Working Group. “The Phoenicians’ Route” represents the Route of Intercultural Dialogue and crosses many countries of the Mediterranean, of Europe, of North Africa and Middle East, thus reinforcing the historical links created thanks to ancient civilizations. Today, the Phoenicians represent a cross cultural model that aims to promote the Mediterranean culture, to strengthen the bonds among the Mediterranean countries that share the same history. Following the methodology of Heritage Pedagogy, the Phoenicians’ Route also promotes an identity integrated and responsible cultural tourism in collaboration with public and private organizations at local, national, and international levels, to discover the real Mediterranean. For this purpose, networks of tour operators who are developing innovative offers of discovery tourism based on a quality program of services have been created. “The Phoenicians’ Route” refers to the European Landscape Convention (Florence, 2000) and the European Convention on the Role of Cultural Heritage for Society (Faro, 2005).