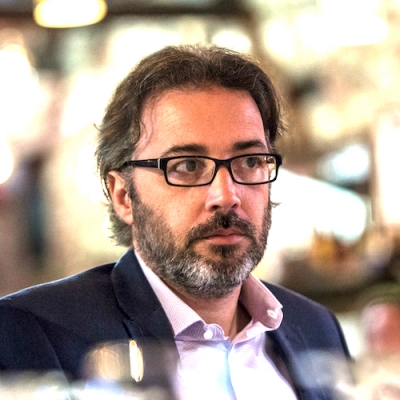 George Sarlis is a Cultural Manager, Consultant on EU Grants and Policy Advisor for Local Authorities and cities.

Since September 2018, he is the co-founder of MOSAIC // Culture & Creativity, a Creative Enterprise based in Greece, encouraging cultural and social innovation, supporting creative entrepreneurship and activating the potential of Cultural and Creative Industries.

He is the Founder and Director of SYNERGY EUROPEAN CONSULTING Ltd, in London (2013), specialising in EU Funding, Project Development, Project Management, Strategy and Policy Making consulting.

From 2015 to 2016 he was in charge of the LARISSA 2021 EUROPEAN CAPITAL OF CULTURE CANDIDACY OFFICE.

He graduated the Department of International and European Studies at Panteion University (Athens, Greece), and holds an MSc in Management of Cultural Organizations. He also holds an MA in the area of European Union and Developing Countries.

We are looking for a partner from NORWAY ONLY, to participate in a project funded under the EEA grant. Potential partner should have experience in participatory procedures, citizens engagement, co-design activities and/or culture and creative sector management.
Patras, Greece
2 months ago
1 Comment Share Read Idea

Looking for an APPLICANT / KA202

We are developing a project to be submited under the forthcoming ERASMUS+ KA202 call. The project is related to policy makers competences and skills regarding Cultural policies. There is an open spot in the partnership for the role of applicant. Should you be interested in leading the project, and you have the relevant experience, please let us know sending a brief description of your roganisat ...
Patras, Greece
4 months ago
2 Comment Share Read Idea

We are looking for partners to join our consortium for an ERASMUS+ project to be submitted under the KA2 VET call. Potential partners should fall within the following categories: - Municipalities,  - University departments in urban policy studies, or  - Organisations working in the creative sector experienced in co-design techniques  For more information and expression of interest send a ...
Patras, Greece
5 months ago
0 Comment Share Read Idea

Looking for the two last partners (Lead Partner availability will be preferred) for an ERASMUS+ KA202 project related to visual artists and skills development. Potential partners should have a sound experience in creative industries, preferably in visual arts, with a training and mentoring profile and should come from Central and Northern Europe counties ONLY  (Germany, Netherlands, Belgium, F ...
Maizonos 115-101, Patra 262 21, Greece
6 months ago
1 Comment Share Read Idea