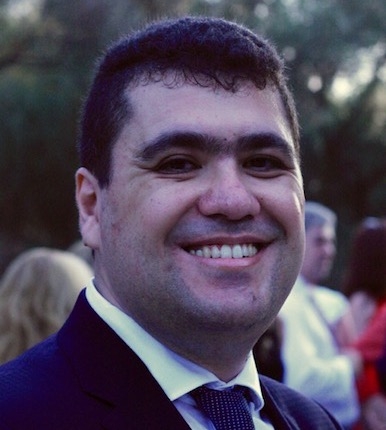 I work in the area of robotics and automation, mechatronics, product design and project management since 2003, with specialization in space robotics and space technology. I received my Diploma in Mechanical Engineering (ME), in Automation Systems and in ME, all from the National Technical University of Athens (NTUA), in 2005, 2007 and 2015 respectively.

I worked as a Research Assistant, and as a Research Associate, at the Control Systems Laboratory (CSL) of the NTUA. My research work was mainly focused on On Orbit Servicing (OOS) and space automation. I was a member of the maintenance and operation team of the CSL space emulator, the design and technology of which has been presented in various international conferences. I was a member of the CSL-NTUA team that was one of the six shortlisted ESA YES3 Mission Proposals and have participated in various research projects of European Space Agency (ESA) with CSL since 2008. I have also assisted the preparation of proposals for ESA calls, EU calls or other funding schemes, and the management of the corresponding projects.

Between June 2016 - September 2017 I worked as a Scientific Advisor in Corallia Clusters Initiative, at the Hellenic Space Technologies and Applications Cluster (si-cluster). Since July 2017, I also offer consulting services as a freelancer especially in the fields of Robotics & Automation and Space ;Currently, I am a Senior Researcher (as an External Associate) both at the Microlab, NTUA (since August 2016) and at the CSL, NTUA (since January 2018).

I have published various research papers in international journal publications and conferences. I am a member of the Technical Chamber of Greece and of the Hellenic Association of Mechanical and Electrical Engineers. I am also member in IEEE (Institute of Electrical and Electronic Engineers), ASME (American Society of Mechanical Engineers), AIAA (American Institute of Aeronautics and Astronautics) and (Hellenic Astronomical Society).

My research interests are Design and Control of Mechatronic Systems, Space Automation & Robotics, Space Technology, Impact Mechanics and Systems Engineering.
You can find details on my projects and publications in my website.