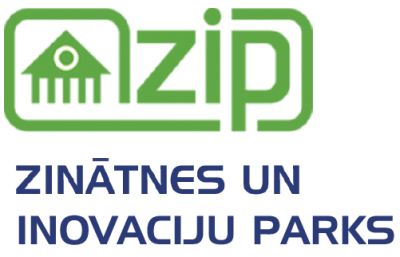 The Science and Innovation Park Foundation has been successful since 2012 and has been set up to promote the development of the knowledge economy through the involvement of innovation, technology, and knowledge transfer. According to NACE 2 classification, the scope of the foundation is the performance of other studies and experimental developments in science and engineering (). A stable team has developed throughout the organization, with experience in the implementation of education, technology, and innovation projects, involving funding from the public budget, the European Union Structural Funds, the private sector, and other financial sources. The team consists of Liepajas University docents, researchers, masters, and students, joined by powerful project managers. The basic target groups of the organization are pupils, students, educators, young specialists, and entrepreneurs.

The most relevant national projects of the organization are:
“My Land Beautiful”, the “Journal” project, and the “New Specialists Employment Program” project.

The “Latvian Schools Youth Photographer “My Country Beautiful” project targets students from 1 to 12 grade who were invited to take photographs of Latvia using mobile phones and cameras. In total, 259 schools from all regions of Latvia have participated. 377 companies supported the project by donating. The foundation has implemented the “Journal” project for four years. As part of the project, the school was asked to implement a design contest for the journal cover, involving school pupils. The foundation team worked on attracting funding from Latvian companies, which provided an opportunity for schools to receive school pupils' diaries free of charge. In 2019, 150 schools were involved in the project, which received 20,000 diaries.

The “New Specialists Employment Program” project. The “Youth Employment Program” project provides young people aged 18-29 with no prior knowledge and experience in any field, to test their skills in a company contracting for cooperation in the project and to acquire the skills needed to improve their competitiveness in the labor market. The project is still active since 2015. Foundation engages in the search, engagement, and training of the potential workforce, as well as the skills and growth of the potential worker in order to further develop long-term cooperation in recruitment.

The organization implemented both day and day-to-day children's summer camps for five years. In 2017 and 2018, camps funded by the Latvian State budget “Support for Diaspora and Latvian Children's Common Camps” were
implemented in Vainode, the aim of which was to promote improvements in Latvian language skills of children of the diaspora, the awareness of the Latest origin, and communication with their peers from Latvia.

In 2016, the organization carried out a two-day “LatSTE” 2016 - Career in the digital era, attended by more than 1 000 educators and others. As part of the conference, the Technology Mini festival was offered for the first time in Liepaja, where various technology shows, exhibitions, workshops, and moving exposures were offered by technology developers from all over the Baltic and were attended for free by both conference participants and Liepaja school pupils and residents. The project budget was EUR 224 467 in 2018.

Since 2013, the foundation has been involved in the NVA program “Development of skills needed for work in the non-governmental sector”. The program aims to support the work of young people for the benefit of the public by carrying out the functions specified in the articles of association of the Foundation. As of 2013, around 100 young people are involved in the program.

In 2019 and 2020, the foundation carried out a week-long conference for professional education providers following THE VISC project entitled “Effective management of vocational education institutions and improving staff competence” within the framework of the activities “Project target group traineeships in Latvia in the field of digitization”.

In 2020, the foundation implemented 3 European Solidarity Corps projects, bringing together 12 volunteers from all over Latvia. The aim of all projects was to preserve the sense of belonging to their land in young people and to promote patriotism by developing smaller cities of Latvia at the same time, while also showing that rural regions can play a lot and contribute to the national economy. We have achieved that young people do not migrate to other countries or to larger cities but still work remotely with us as project managers of their county, through activities developed by the foundation.

In 2020, the Foundation's employees and Liepajas University students, created 2 groups of 4 people to participate in the KING's project “Innovation grants for students developing their business ideas” competition with their own innovative ideas, where the foundation serves as a partial sponsor for developing ideas and moving in public.

In 2020, the Foundation became a partner in the project “Youth Networking for Sustainable Tourism Development in the Baltic Sea Region”. Where Lithuanian Ministry of Economy and Innovation, Klaipeda University, and Russia's Non-Commercial Centre for Green Sustainability Development Mobility, conducting a study and developing activities on the conservation and development of sustainable tourism in the Baltic Sea region. Since 2018, the organization has also been on the list of LTRK members to follow the spotlights in the business environment.

STRATEGIC PROJECTS: THE ACF ANNOUNCES THE CALL FOR STRATEGIC PROJECTS #4 We would be happy to provide our expertise and hands to develop ideas write the proposal for strategic project of AIF. This is the fourth call of Active Citizens Fund project proposals and it focuses on the projects which contains set of activities to ensure long-term positive impact on strengthening the democratic cult ...
Liepāja, Latvia
1 month ago
0 Comment Share Read Idea