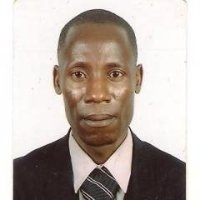 Emphasizing of road safety precaution observations & formation of research on other undefined accident causes into which road traffic injuries can be mitigated.

Road Traffic Injuries (RTIs) are the leading cause of death by injury, the 10th leading cause of all deaths and the 9th leading contributor to the burden of disease worldwide. They constitute a rapidly growing problem, with deaths from injuries projected to rise from million in 1990 to million in 2020. Rapid urbanization and motorization in developing countries will account for much of the rise and the rise will be steeper due to lack of appropriate road engineering and lack of injury prevention programs in the public health sector.
In comparison to the magnitude of the problem in developing countries there has been relatively little study on road traffic collisions and their consequences. There appears to be little awareness of their contribution to the burden of disease, so they are seriously neglected in research and policy. This is true at both the national and international levels.
The lack of scientifically based epidemiological, economic and risk factor data from the national levels, most especially from developing countries, has inhibited the response of international agencies. As a first step towards addressing the whole RTI problem, accurate data are needed at the national level for deciding national health priorities, planning prevention strategies to decrease the incidence of RTIs, monitoring trends over time, and evaluating the impact of interventions. (A 5-year WHO strategy for road traffic injury prevention”)

A research that developed model of accident causation in Europe, purposely developed to investigate industrial accidents, indicated some sample of 997 crashes in 6 countries which included
German, Italy, Sweden, Finland, Netherlands and United Kingdom with deep impact on the population healthy. This model (Hollnagel) considers the road traffic injury collisions to be a consequence of breakdown in the interaction among road users, vehicles and the organization of the traffic environment.
According to the research,54% of road users in the countries mentioned above experienced interpretation of road sign errors,44% made observation errors and 37 planning errors. In contrast to other studies, 11% of drivers reported to be destructed and 8 inattentive. There was remarkably little variation in these errors between the main road user types. The further future use of the model in depth crush studies avails opportunities to identify new measures to improve safety and mitigation of social impact of collusions. ref ()
Research into road safety in developing countries is scarce, especially in Africa. This is inconsistent with the size of the problem: it has been predicted that by 2020, road traffic injuries will rank as high as third among causes of Disability-Adjusted Life Years (DALYs) lost. While South-East Asia has the highest proportion of global road fatalities (one-third of the million occurring each year in the world), the road traffic injury mortality rate is highest in Africa ( per 100,000 population when corrected for under-reporting, compared with in Europe. When comparing death per 10,000 vehicles, the contrast appears even more stark, with deaths per 10,000 vehicles in high-income countries across the world and more than 50 in low-income African countries.
Relatedly in low income African countries, Uganda has the highest number of people dying in road accidents in the Great Lakes region, (Rwanda, Burundi, Congo, Tanzania, Kenya and Uganda) according to the Uganda’s police report on road accidents in 2019, Uganda police reported that about 3500 people perish in road traffic accidents annually on average in Uganda. Accordioning to Makerere University School of Public Health Preliminary research findings noted that the number of people getting involved in the road traffic accidents is 9000,roughly three times higher than that declared by police, not because it is under declaring deliberately but for some reason they do not capture some of the crashes in some parts of the country.
The project “Coalition for Health Safety Precaution Observations for Reduced Accidents on the Road” intends to reduce road traffic accidents, re-educate and educate masses and law enforcers on old existing and new other undermined/undefined actions that might lead people into road accidents, encourage vehicles owners to buy third party insurance and make research on new undefined causations of road traffic accidents and publish the handbook among the partner participating countries.
Looking for any University/Organization interested to be principal or lead applicant of the project.