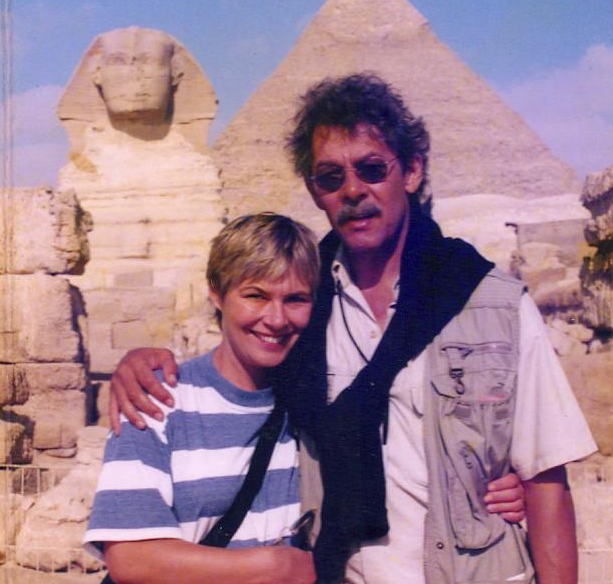 “It is the dreamers that move the world. Practical men are so busy being practical that they cannot see beyond their own lifetime. Dreamers and visionaries have made civilizations. It is trying to do the things that cannot be done that makes life worth while. The dream of today becomes the custom of ;

Ever since the British started locomotion for vehicles on wheels and exported it to the “Colonies”, the Cape to Cairo Dream was discussed whenever a pipe and a good spirit was consumed.

This year marks 117 years since of the death of Cecil John Rhodes -- and of his dream of a railway line linking all of Africa.

During the last 100 years engineers have produced volumes of maps and blueprints to aid in the creation of a railway line that would link Cape Town with Cairo and to Alexandria and the Mediterranean - a distance of just over 6000 kilometers along the length of the African continent. While Africa is a treasure house of cultures and customs, of architectural wonders, music, traditions and tribes, it has remained a fragmented whole of over fifty countries appearing at times as foreign, even inaccessible to each other as to the rest of the world. While many African countries lack sophisticated transportation and communication infrastructures, several have some form of railway system, often the legacy of their colonial decades with differing track gauges (differences in the distance between the rails).

In 1994, four months after Nelson Mandela’s inauguration as South Africa’s first democratically elected president, my film crew an I “hitch-hiked” a railway caboose and flatbed rail car all the way from Sentra Rand shunting yards outside Johannesburg for thousands of km’s to Lumumbashi in the DRC  - in search of the end of the long unfinished railway line and the eventually abandoned Cape to Cairo railway – a rail journey from Cecil John Rhodes’s gold to deep inside the Democratic Republic of the Congo -the Zaire. Since only goods trains ply the route, we had to hitch rides with passing locomotives that pulled us from station to siding and from siding to border post. At the time we had no idea where the journey would end but end it did at Lubumbashi ( the colonial Elizabethville)  in the Congo, 3300 kilometers from Johannesburg, when the physical railway lines ran out. The documentary was called “Journey to the End of the ;

The dream of of a second rail expedition – this time from Cape Town in South Africa to Cairo in Egypt and on to Alexandria is still very much alive. We have figured out how to do it.

PURPOSE OF THE EXPEDITION

To explore the possibility and viability of a single gauge transcontinental railway line that will for the first time link  Cairo (Alexandria) with Cape Town and the Atlantic Ocean with the ; To open the way for passenger and goods trains to travel along the length of Africa in both directions.

HOW WILL IT BE DONE ?

This is an undertaking literally on a continental scale. And it will be an expedition with a difference. We will travel from Cape Town to Cairo by 4x4 passenger vehicles  — but ON RAILS.  Ten diesel-powered 4x4 vehicles, each fitted with state-of-the-art ‘high-rail systems’ (hydraulically operated steel wheels that will enable the 4x4’s to run on rail tracks of differing gauges as well as on roads – see video ) will depart from Cape Town in March 2005.

The principle of traveling by motor vehicle on rail tracks is relatively simple: A particular stretch of line is reserved for our exclusive use. Once we are on the tracks, we officially become a ‘train’, complete with an official train driver. We will travel in stages and the Spoornet representative in charge of logistics will clear the tracks by radio or sat-phone as we progress. We will be running on the same schedules as trains do – until we run out of rail.

Traveling on existing railway lines and off-railroad we will discover how Africa can be unified by means of a single railway line of common gauge. The ‘high-rail systems’ will enable the vehicles to get off the line and explore surrounding areas. Also, we will need to travel by other means than rail in between breaks in the line – for example crossing Lake Victoria by ferry or taking an existing round-about rail line, traveling by Nile boat from Gulu in Uganda to Juba in Sudan or taking a land path and traveling by road from Juba to Wau through rebel held territory.

We believe this is a first ever; never before has a continent been crossed by motor vehicles traveling on railway tracks. We believe this is the only way to experience every centimeter of the exiting route, the conditions of the route and what it will take to eventually link the north with the south.

Around the turn of the previous century three bulky volumes about the viability of a Cape to Cairo railway line were published in South Africa. Since then the idea came and went—the volumes were gathering dust in Spoornet’s ; With global

( and continental ) trends  pointing the way towards a more unified Africa, a railways line linking northern Africa with Cape Town is just a matter of time : we are about to be the first to  explore the viability of  such a railway line. What will it take to make it a reality?

By traveling along existing lines,  by negotiating four different gauge changes and by navigating our expedition through war-torn northern Uganda and  southern Sudan, we will be the first to prove that the Atlantic Ocean can be linked with the Mediterranean by means of a trans-continental railway line—all of this conditional to peace and innovative technical expertise all along the way.

This television show can be hosted or we can engage up to three young “A-type” expedition scientists whose expertise will include railway engineering and bridge design, geology and geography/cartography. The nine member shooting crew will include both A and B units handling ultra-lite air to ground and wrap around footage as well as main unit footage. Other personnel will include a medical doctor (Spanish—MSF-doctor), a railway logistical manager from Spoornet, a mechanic/electrician, an expedition manager/cook and an assigned train driver.

The expedition will represent the full, rich spectrum of South Africa’s people’;

The ‘high-rail systems’ will be adapted especially for this expedition to accommodate these differences. From Dar-es-Salaam we have a choice of two routes: To Mwanza on Lake Victoria, from Lake Victoria by ferry to ; Or by rail to Mombasa, from Mombasa by rail to Nairobi on to Kampala. Nairobi had its origins as the tent village that housed the rail workers who built the infamous line from Mombasa to Kampala (The Man-eaters of Tsavo – was based on the building of this line).

From Kampala to Gulu in Uganda, the line is ‘dead’—it has not been used for 10 years. It is overgrown and runs through ‘bandit’ country –probably SPLA rebel soldiers with whom I have close ; But—and this is the beauty of ‘high-rail systems’—if a line exists, we can run on it and no other train can.

There are only 450 km without any railway link at all. This occurs between Gulu in Uganda and Wau in Sudan. This is rebel-held territory. We will not follow the “easy route”  by Nile boat from Gulu to Juba via the Sudd wetlands in Sudan and by road from Juba to Wau. Instead we will follow the route as it would be, should there one day be a single gauge railway line. This route takes us  by land from Kampala to Wau in the Sudan. At Wau we will get on the line again and follow it all the way to Khartoum and further north.

We have managed to obtain provisional approval from railway authorities in South Africa, Zimbabwe, Zambia, Tanzania and Sudan to use their rail systems and pass through their countries. Kenya, Uganda and Egypt have been approached. A single provision prevails: under no circumstances may we interfere with their existing schedules. We are currently negotiation the full official backing of the South African government and of the office of President Thabo Mbeki.

The success of this expedition hinges on the availability of the high-rail system vehicles and on the written approval from railway authorities all the way to Cairo and Alexandria.

We are negotiating with NISSAN (SA) , in partnership with Spoornet ( South Africa) to supply ten complete vehicles, including two that will be utilized as ambulances and medical vehicles to the total value of  50 000 Euro each.

Sponsored items for the expedition are broken up as follows:

Vehicles  :  Nissan Hardbodies 4x4 with fitted High Rail Systems.  To be donated by Nissan SA. At the end of the expedition one vehicle each will be donated to each of the ten countries the expedition passes through.

Food for the expedition

Return of the 10 vehicles

This is first and foremost a wide ranging media project. We envisage an international documentary series of an explorative and adventure nature of between two and six one-hour episodes. Our advanced website will enable internet users to dial up at any time and see where the expedition is at any given point of time.

We will be happy to discuss any involvement in whatever form from your organization.