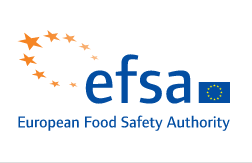 Article 36 of the Regulation (EC) 178/2002 of the European Parliament and of the Council of 28 January 2002 laying down the general principles and requirements of food law, establishing the European Food Safety Authority and laying down procedures in matters of food safety foresees the possibility to financially support networking of organisations operating in the fields within the EFSA’s mission.

In particular, Article 36 (1) stipulates that the Authority shall promote the European networking of organisations operating in the fields within the Authority`s mission. The aim of such networking is, in particular, to facilitate a scientific cooperation framework, the development and implementation of

joint projects3, the exchange of expertise and best practices in the fields within the Authority`s mission.

On the 19th December 2006 the Management Board, acting on a proposal from the Executive Director, drew up a list of competent organisations designated by the Member States which may assist EFSA, either individually or in networks, with its mission. This list is regularly updated by EFSA’s Management Board.

Article 5 of the Commission Regulation (EC) 2230/2004 of 23 December 2004 laying down detailed rules for the implementation of the European Parliament and Council Regulation (EC) 178/2002 with regard to the network of organisations operating in the fields within the EFSA’s mission specifies that the financial support to the networking organisations shall take the form of subsidies (grants) awarded in accordance with the EFSA’s financial regulation and implementing rules.

This call is based on EFSA’s 2020-2022 draft Work Programme for grants and operational procurements as presented in Annex IX of the draft Programming Document 2020 – 2022, available on the EFSA’s website4.

1.2 BACKGROUND AND MAIN OBJECTIVE OF THE CALL

This call for proposals is divided into two lots. Applicants can apply for one or both lots.

BACKGROUND FOR LOT 1 AND 2

EFSA AMU (Assessment and Methodological Support) Unit is working to automate the process of Systematic Review, one of the pillars of EFSA Scientific Risk Assessment.

A systematic review (SR) aims to provide a complete, exhaustive synthesis of the evidence pertaining to a research question.

Systematic review is a very rigorous process, although expensive and time consuming in terms of human resources. The process is common to EFSA, EMA, ECDC and ECHA, adopted with various forms of implementation. The methodology itself was originally standardised by The Cochrane Collaboration for answering health care research questions (e.g. efficacy of interventions, diagnostic test accuracy questions, questions on prognosis). Nowadays SR has extended to many other research fields and there is a growing number of institutions and research centres working on standards for conducting SR in their field (e.g. EFSA, EBTC, GRACE, Navigation Guide, OHAT/NTP). In addition, different software for supporting the SR process have been developed and implemented (e.g. DistillerSR, HAWC, CADIMA, Covidence, DRAGON, EPPI-Reviewer)

The current methodology is approaching its physical limits as it is barely able to cope with the amount of scientific research available today: such amount is destined to increase dramatically in the future. There are now 75 trials, and 11 systematic reviews of trials, per day, only in the scientific area of Medicine, and a plateau in growth has not yet been reached.

There is as well a growing need to adapt current methodology to a situation where new research appears continuously, i.e., Cochrane’s effort on “Living Reviews” and methods thereof. With a median age of 8 months since last search, most systematic reviews are already outdated on publication.

There are moreover other evolutions proposed as in Cochrane’s specific methods’ groups, including “Automation”, “Rapid Review” and “Living Review”. An essential stakeholder with regard to automation is ICASR (International Collaboration for the Automation of Systematic Reviews), who is working on both methods and tools for implementing automation in SR.

The application of Machine Learning and other Artificial Intelligence techniques has the potential to save costs by reducing the time needed to perform labour-intensive tasks, improve reproducibility, and enable the development, update and delivery of timely and affordable information to decision- makers

MAIN OBJECTIVE OF THE CALL FOR LOT 1

The main objective of lot 1 is to support EFSA in its collaboration with ICASR in order to progress their activities and EFSA vision and strategy on automation of Systematic Reviews.

MAIN OBJECTIVE OF THE CALL FOR LOT 2

The objective of lot 2 is to increase level of automation in data extraction phase, as such area is currently very expensive and error prone. Efforts are already ongoing in EFSA, US EPA (Environmental Protection Agency) and Cochrane, although there still seems to be a long way to go.

Most scientific papers are still published in the form of pdf files and often without standardization. Nevertheless, it is common understanding that the benefits could be very high, both in terms of efficiency and minimization of extraction errors. There is in this area a concrete cooperation with US EPA, as they are already investing in that, at least for some components of the phase, as Named Entity Recognition.

EFSA role in the cooperation is to support in creating training datasets for Fiddle, in the domain area where EFSA has more experience. The activities will therefore consist mainly in two tasks:

1.3 SPECIFIC OBJECTIVES FOR EACH LOT

The main deliverables will be to advise EFSA on and make suggestions in order to improve its methodology for Systematic Reviews, via proper automation techniques based essentially on Artificial Intelligence and Machine Learning techniques. The content will be derived by closely monitoring activities of ICASR, Cochrane Collaboration and other relevant organizations, and properly supporting EFSA in interacting with them.

Deliverables will be mainly in the format of reports containing advice on how EFSA should evolve its strategy for automating Systematic Reviews. Reports should contain summaries of evolutions appearing in public documentation from above mentioned organizations, augmented with practical and tangible suggestions of how to adapt them to operational reality of EFSA.

The main deliverables should be Training Datasets, including guidance, for Named Entity recognition, to be re-usable either by EFSA alone or in the cooperation with US EPA. In general, the deliverables should not only be annotated documents, rather be annotated documents containing full information about which entities have been annotated. That is important in order to preserve information about the process of identifying entities and how the annotators have come to identify entities, so that the process can be automated using Machine Learning and Artificial Intelligence techniques that have all the information to learn.

To be eligible, applicants must be on the list of competent organisations designated by the Member States in accordance with Article 36 of Regulation (EC) 178/2002 and Commission Regulation (EC) 2230/2004. This list is regularly updated by EFSA Management Board and is available for consultation using this link https://efsa.force.com/competentorganisations/s/.

For proper understanding of this call it is important to have clarity on the terminology regarding involved organisations and their roles.

A) Proposals submitted by consortium:

The coordinator has the following important roles:

The coordinator may not delegate the above-mentioned tasks to the co-beneficiary/ies or subcontract them to any third party.

1.6. POSSIBILITY OF IMPLEMENTING CONTRACTS AND SUBCONTRACTING

Entities acting in their capacity as contracting authorities within the meaning of Directive 2014/24/EU5 must comply with the applicable national public procurement rules.

Sub-contractors are not consortium partners and are not party to the grant agreement. They do not have any contractual relationship with EFSA. Subcontractors are entities contracted by the beneficiary to carry out some specific tasks or activities. Subcontracting is allowed under these conditions:

The maximum duration of the action under lot 1 is 15 months from the kick-off meeting. The following meetings with EFSA are foreseen for lot 1:

The following reports are foreseen for lot 1 and must be drafted in United Kingdom Standard English language and may be subject to publication at EFSA’s discretion.

Please note that all reporting, minutes, outcome of the discussions could be submitted at EFSA’s discretion to EFSA’s Panel and WG members.

Lot 2
The maximum duration of the action under lot 2 is 15 months from the kick-off meeting. The following meetings with EFSA are foreseen for lot 2:

The following reports are foreseen for lot 2 and must be drafted in United Kingdom Standard English language and may be subject to publication at EFSA’s discretion.

Please note that all reporting, minutes, outcome of the discussions could be submitted at EFSA’s discretion to EFSA’s Panel and WG members.

The following payment scheme will be applied:

The form of grant awarded under this Call is grant based on reimbursement of a specified proportion of the total eligible project costs actually incurred (EU Financial Regulation, Article 125 (1)(f).

EFSA intends to fund one proposal for each lot following this Call. However, EFSA reserves the right not to award all the funds available at any cost, e.g. if the quality of submitted proposals will not be satisfactory.

Please note that EFSA reserves the right not to award any grant and/or to cancel the whole grant procedure at any time before the signature of the grant agreement without any compensation to be paid to the applicant.

The total amount of estimated eligible costs, as presented by the applicant in the estimated budget (Annex 3) (see also part 1.11), and which serves as a basis for calculation of the initial EFSA grant, will be verified by EFSA during the evaluation of proposals. EFSA reserves the right to implement the necessary adaptations to the estimated eligible costs in case the Rules on eligibility of costs (Annex 1) were not correctly applied by the applicant.

If the amount granted is lower than the funding sought by the applicant, it is up to the applicant to find supplementary financing or to reduce the total cost of the project without diluting either the objectives or the content.

The proposal must be accompanied by the estimated budget (Annex 3) which must be established in line with the Rules on eligibility of costs (Annex 1). The estimated budget must show all the costs and income which the applicant considers necessary to carry out the project.

Estimated budget must be:

• sufficiently detailed to permit identification, monitoring and checking of the costs; • balanced, i.e. total income and total project costs must be equal;
• consistent with the work plan;
• expressed in Euro.

The above categories represent an exhaustive list of possible eligible direct costs. However, if, for example, the project does not foresee costs for workshops / seminars / conferences, then this category of costs can be left empty in the estimated budget.

• Eligible indirect costs incurred in carrying out the project are eligible for a flat-rate funding capped at not more than 10% of the total eligible direct costs. If a beneficiary (partner in the consortium) already receives an operational grant from the EU budget its indirect costs are not eligible under the present call.

5. Income generated by the project.

The estimated budget submitted with the proposal is analysed by EFSA, as part of evaluation process, in order to assess whether:

An overestimation or underestimation of costs, or missing justification of the costs, missing details, or detected inconsistency with the technical description of the project will have a negative impact on the evaluation score under the award criterion 6.

Having agreed the approved estimated budget, and provided the proposal is selected for grant award, EFSA will establish the amount of the initial EFSA grant, having regard to the limits set out in part 1.10 of this call. The initial EFSA grant will be expressed as an amount in Euro and also as a percentage (EFSA max. 90% co-financing rate) of the total eligible project cost. This amount will be indicated in the grant agreement as the maximum grant amount.