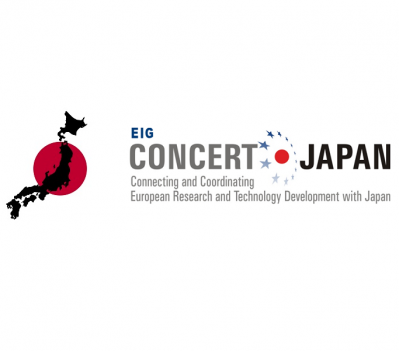 The European Interest Group CONCERT-Japan is delighted to pre-announce the upcoming call for proposals on “Efficient Energy Storage and Distribution” to be launched very soon.

What is the EIG CONCERT-Japan?

CONCERT-Japan is an international joint initiative to support, coordinate and enhance science, technology and innovation (STI) cooperation between European countries and Japan. It began as an ERA-NET project funded by the EU FP7 (2011-2014), and is now implemented independently of EU support as an activity of the European Interest Group (EIG: a flexible and inclusive communication platform for European and Japanese funding agencies).

Aim of the Joint Call:

The overall aim of this call is to support scientific research to further the development of more efficient, reliable, secure, flexible and sustainable technologies in energy storage systems and distribution of electricity. The topic scope is inclusive of all related areas from stationary applications for smart energy grids to mobile applications for transportation.

Research projects with an innovative dimension will be funded for a period of 3 years in the field of Energy Storage and Distribution. The research projects are expected to have mobility and networking dimensions apart from the core research component.
Each project consortium applying for this call should consist of at least 3 partners, 1 from Japan and 2 from two different European countries participating in the call.
The Joint Call will be funded by the budget allocated by each participating national/regional funding institutions. Therefore, each participating funding organization reserves the right to apply its national/regional funding regulations.

The Joint Call Text and Submission process will soon be published on the EIG CONCERT-Japan website: concert-japan.eu