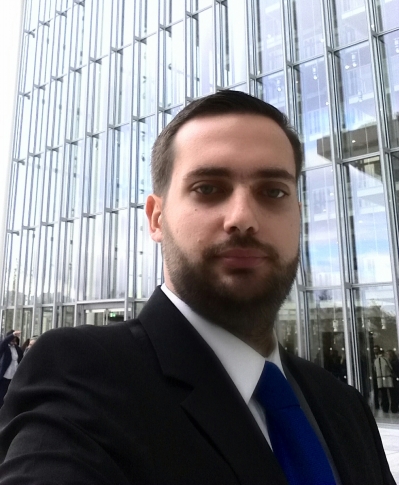 Anax Fotopoulos currently is a Research Consultant at EXUS. He holds a in “Electronic Computing Systems Engineering” and received his in “Information Technologies in Medicine and Biology” with specialisation in Bioinformatics; with honours and scholarship (issued from the State Scholarships Foundation) finishing 2nd in Greece in the rankings of the category “Engineering & IT Sciences”. has been awarded 11 times in national & international competitions, including a 2nd place in the IEEE Region 8 (Europe, Africa & M. East) Student Branches' website contest. In the past he has created multiple mobile applications with his team that have been downloaded in more than million devices. Additionally, he possesses a strong research background with more than 30 scientific publications in conferences & peer reviewed journals and is well certified with 17 Technical certifications in IT (including: MSCE, MCSA, MCTS, MS, MSOMS, MSOE & MSOS). After army obligations, was integral member of the Start-up (founded from one of his MSc Professors) that won 4 Start-up prizes and has been part of “MIT Enterprize Forum” & “Egg” incubators. In February 2017 and until June 2019 worked in ERFC as a Project Manager handling the bidding of various EU Calls raising in 2 years more than ; (From 1 H2020 Innosup, 4 Erasmus+, 1 ENPI CBC MED, 1 Hellenic Green Fund and EIT Climate KIC). In the past he has managed 6 projects (Interreg YESS, Erasmus+ AUDID, Interreg TRAP, Interreg SYMBIOSIS, Interreg PASSAGE, Hellenic Green Fund e-CLIMA). Since July 2019 he joined EXUS as a Research Consultant - R&D Project Manager, where he is managing 3 H2020 Projects and coordinates the preparation and submission of various EU proposals. At last, for his voluntary offer in the creation of two Student NGOs (Erasmus Student Network & IEEE Student Branch) and various scientific & cultural events he has received 2 honorary plaques.